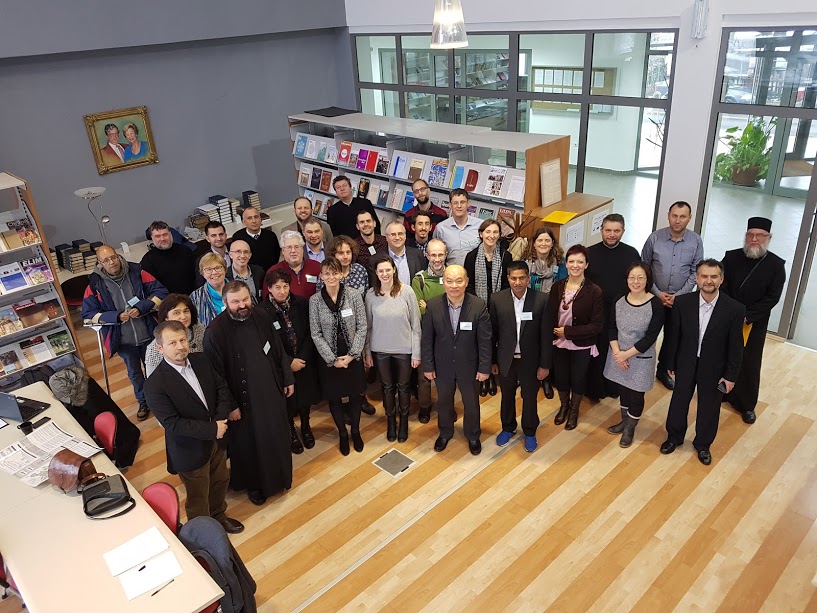 “Why is there so little theological reflection on work in our churches?”

“How is it possible that in the EU, and in our countries we hear so much about work, unemployment, self-employment etc., but that our churches are so little concerned with a biblical reflection on work?” Corneliu Constantineanu (Romania) is wondering. He emphasised that work in Eastern Europe is often seen as something very negative, as something to be avoided. But even although work is influenced by sin, it is actually something good, because we were created by God to work. It is a God ordained function. Yet it also can become an idol.

“Working to live? Life to work?” was the theme of the annual CEEAMS conference, with more than 40 participants from different denominations, countries and places: not only from Osijek, but also from St. Petersburg and Moscow (Russia), from Iasi, Craiova, Cluj and Bucharest (Romania), from Seoul, Prague and Bishkek (Kyrgyzstan). “What a wide variety of participants, and what an open and friendly atmosphere, to ask questions, to listen to and learn from each other.” They agreed on one thing: this atmosphere is “so different from what we are used to in our own situation.”

They also agreed that it is a very fertile soil for asking important questions such as “Working to live? Living to work?”, to discuss the meaning of work from a biblical perspective in the towns, cities and villages of the post-communist countries.

Kriszti, a marketing and communication expert, worked at a large pharmaceutical company, experienced every day the challenge to connect her Christian values and identity to her work, to connect “Sunday” with “the rest of the week”.

With a lot of inspiration and ideas the conference ended and we hope to meet many familiar faces next year. It is so great to experience our unity with so many people from different countries and churches.

Many themes were discussed. The essence was that it is an urgent missionary task for the church to reflect on being a authentic witness in the public realm. The complete program can be found here.

Romanian Orthodox priests spoke about the difficulties and concerns associated with the migration of Romanians to Western countries. We heard similar voices from Hungary, where many young migrants left their parents, causing all kinds of psychological problems. The lectures will be published in a subsequent issue of ACTA MISSIOLOGIAE.