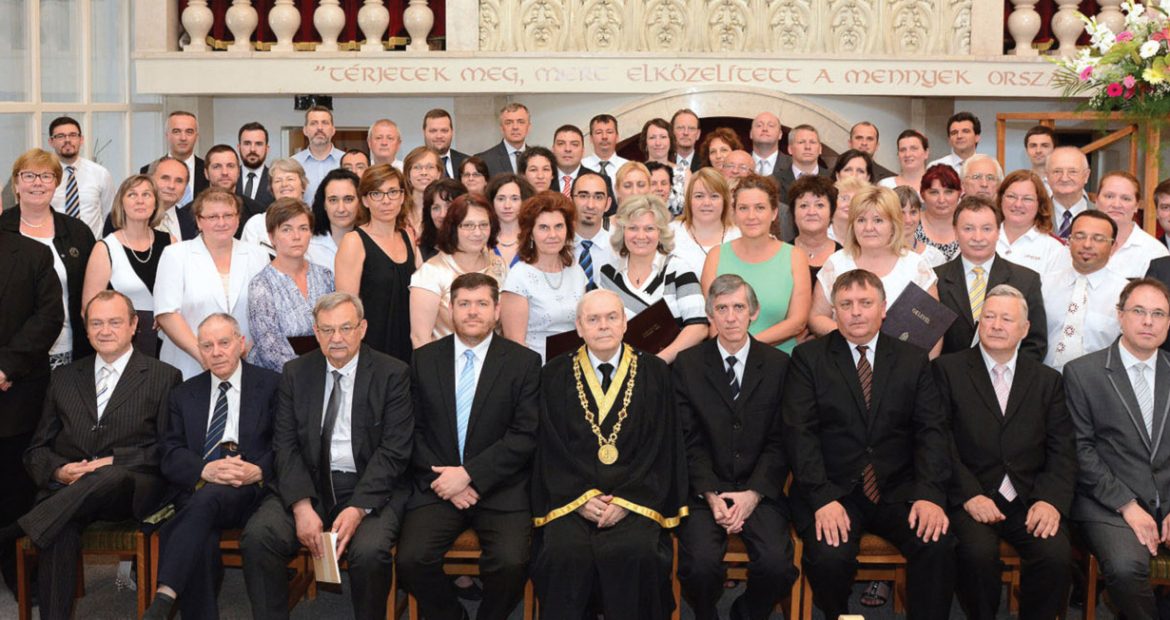 “I’ve been looking forward to becoming a missionary!”

What do an astronomer, a social worker and a lawyer have in common? With ten others, they had registered for my Mission History course. And how much we learned for witnessing in our everyday life!

Áron comes from an un-churched background and came to faith at the age of 25 by listening to sermons on the internet. An astronomer and father of four children, he has been actively involved in his church only for the last five years, in all kinds of missionary and evangelistic work. Last year, he got a clear calling to be a pastor and signed up for the mission specialisation of the Baptist Theological Academy, where I have been teaching for more than eight years. He asks a question that is very common in Hungary and Croatia:

Which approach to missionary work is more important: a method that reaches many people and that potentially results in the baptism of many people, or one that focuses on fewer people, but thoroughly nurtures them and leads to genuine conversion?

He wonders: “Is there a place in missionary and evangelism work for the use of modern media, and for the compulsory state-subsidised religious education in all primary schools, or is it more important to focus on personal evangelism, an approach more from heart to heart? Or is the method secondary, and is the most important to proclaim Christ?”

Angi is a grandmother with three children and three grandchildren. She is a social worker, and is active in a local Roman Catholic parish in a town just outside Budapest. She writes: “I think it’s wonderful to study at the Baptist seminary, because my study helps me to pass on the love I receive from Him.”

It was quite a challenge for her to learn how to use the computer, but she writes: “I succeeded, and I now understand that it can be of great importance in missionary work.” Angi, of Roma descent, has passed the course with excellent results! (By the way, I’m known to be rather strict, so that says a lot!) With the help of her daughter, she watched the English videos (video1, video2). Because she was not able to post her comments on the internet, she asked me to pass on the following to the other students:

I want to draw your attention to the two short video films that give good insight into the 2000 years in which the Gospel has spread. They give a very valuable addition to the book that we had to read, but also in the music and the art history of the various periods. I advise you: watch these films, I am convinced, that afterwards it is easier to understand the mission history.

Sandra, a lawyer by profession, who previously also studied religious studies, is now also studying psychology in addition to her Master’s in Theology at the Baptist Theological Academy. She introduced herself:

I grew up in an un-churched, third generation Jewish family, but somehow the theme of religion did not come up in my upbringing. Now that I am getting older, I am very interested in religious studies. Especially from an academic interest, I registered for a study in theology. I do not go to church, but read the Bible every day. Religion is therefore a very important part of my life. Especially missiology, as a theological subject, has my great interest, which is why I signed up for this course. Also because the literature required for the missiology course of the previous semester interested me so much.

A required part of the course was watching some films about missions. One of those films was about Nabeel Qureshi, in which he tells how he became a Muslim Christian. Sandra writes: “It was a special experience to listen to the story of Nabeel Qureshi.” After watching a film by James Fraser, a missionary who worked in China, she responded: “After watching this movie, I felt like becoming a missionary! “

Sandra is not the only one who will study theology because she is searching. Pray for her and for others like her!